Getting To Know Microservices – Architecture

I went back to the drawing board and produced a sketch of how I envision Harvee’s architecture with its first real microservice.

I could however not ignore that I currently sit with a system, which might rather follow the monolithic application dilemma and I won’t be able (maybe I should say I don’t want) to change that completely. But the idea is for every new feature that I will add for it to follow the microservice pattern. Existing features will work as they are now. As I was writing in an earlier post one new technology component which I want to (actively) evaluate and which I will hopefully be put into my target architecture is the API gateway.

So what is it that I came up for the moment: 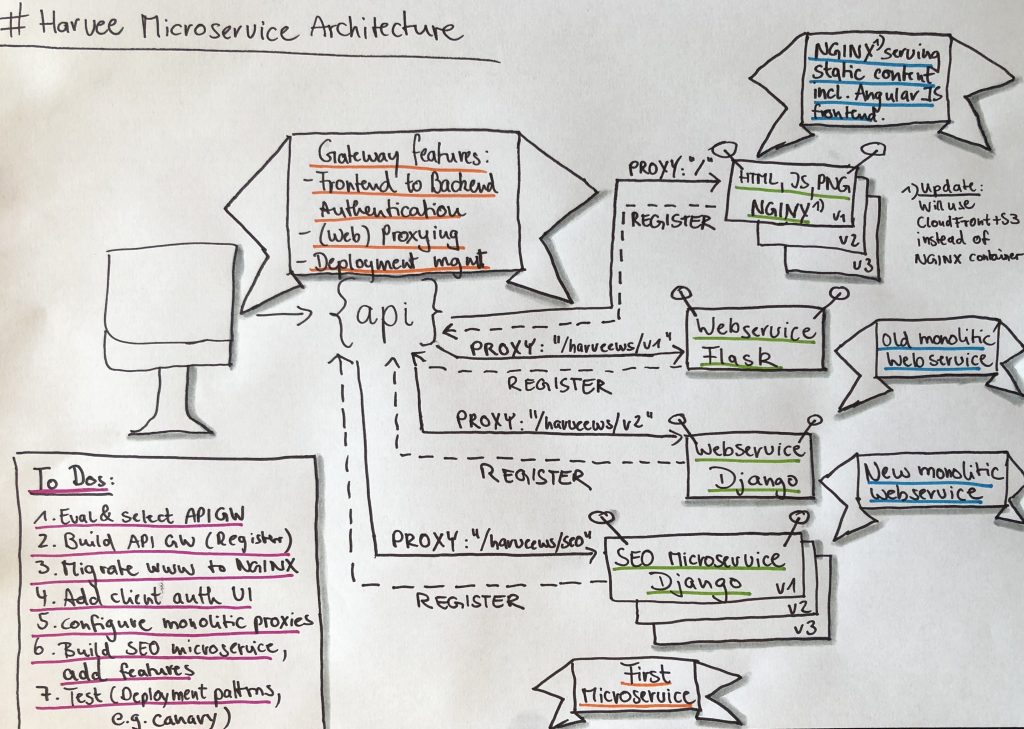 Some explanations on the above diagram:

With that being said I am now able to add a few more To Dos to my list which should become user stories in my epic. These are the To Dos I can see now:

Wow, did I just add another 7 user stories ? It sounds like I will be busy enough for the next 3 months for sure !